The World’s Most Expensive Sherry

Tipped to be the most expensive sherry in the world the Barbadillo Versos 1891 Amontillado at $10,000 a bottle, was created for a specific reason.

Manuel Barbadillo was gifted the cask by his father as a christening present, pretty unusual present for a new-born, not quite so for this family, and the fact that it has taken on such a great value, just goes to show it was a shrewd decision. The Barbadillo brothers were all given one cask of the amontillado sherry each and it became known as “las botas de los ninos”. The barrels remained untouched, and locked up in the family run sherry bodega in Sanlucar de Barrameda.

Manuel made his family proud, not only did he work in the family business for over five decades, he was a philanthropist, a poet and perhaps his dealings in the political arena are what made his family truly proud, he was the Mayor of Sanlucar. Sadly he passed away in 1986 and ever since the family have been brainstorming ideas on how to commemorate this great man. They found the perfect tribute with Versos 1891.

At $10,000 a bottle, to keep it exclusive, just 100 bottles of this sherry were produced to honour the memory of Manuel. The name is a reflection of Manuel’s literary interests, it can be loosely defined as the back page of a book. The bottle is a hand blown crystal glass decanter crafted by renowned Portuguese glassmakers, Atlantis, who shaped it to resemble an inkpot, reflecting Manuel’s love of art and poetry. The bottle also includes platinum plating in the collar and Versos is etched in gold leaf on the glass. It comes packaged in its own leather case, made by Spanish craftsmen who also produce fine leather work for various companies including Louis Vuitton, also included is a serving ‘pipette’ which resembles the poet’s pen.

So the question on my mind is apart from the trappings is this sherry really worth the $10k price tag. I chatted with Barbadillo’s UK Director, Tim Holt to get the lowdown on what it is that makes this liquid so precious. “Sherries, unlike other wines, require tremendous time and patience, in order to produce something truly special, and a great example of this is the Versos 1891,” he says.

He goes on to explain, “When Manuel received the cask in 1891, the sherry was already considered to be an old Amontillado. It was aged in an old American cask and watched over by many generations, before they decided to bottle it.”

The company looked to the whisky industry, where the main players were unearthing aged whiskies and selling them from $19K upwards, they then decided to search their own cellars to see if they could make a product to challenge the sherry market. Tim, continues, “We were lucky that our cellars here in Sanlucar de Barrameda have high levels of humidity, which is the perfect condition necessary for the slow and balanced ageing process of old sherries. And we decided to scour our cellars to find something to shake up the sherry industry.”

Holt breaks it down for me, he says, “Versos 1891 is a sherry which is full of intensity, it is incredibly long on the palate, it has got a beautiful, full pungent nuttiness, and you can tell the great the age of the wine, by the sheer intensity and depth of flavour and it just goes on forever.”

Tim’s passion for the company, for the sherry itself are very clear to see, his face lights up and eyes shine when he discusses the brand.

Versos 1891 is unique and limited, the main buyers have come from the UK, Asia, Russia, Mexico, Spain and Australia.

So if you have a spare $10k lying around and sherry is your tipple of choice, then Versos is a good investment, as it can only rise in value. 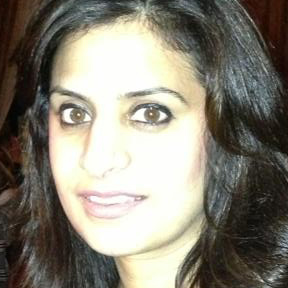 Raj Gill
Raj Gill is a Journalist. She worked at The Sunday Times, London for three years. She is currently a Freelance Journalist, and has had work published in Suitcase, Elite Traveler Magazine, Haute Living, The Telegraph, The Daily Mail, The Sunday Herald, The Herald’s Saturday Magazine, Scotland on Sunday, The Daily Record, The Sunday Mail Magazine, The Evening Times, High 50, The Scots Magazine, Pro Hair & Beauty Magazine, Thomson, The Jewish Telegraph, Yours Magazine, Scotland Now, The Good Spa Guide, Inspire Magazine and many others. Online Ms. Gill’s work has been published in Family Fun Guide, Travel Mood, IFashion Magazine, Where and Now magazine, Huffington Post UK and the Luxury Travelers Guide.com.
Previous articleThe Best Yachts and Yacht Concepts of 2018
Next articleScotland’s Luxury Hillhouse Country House